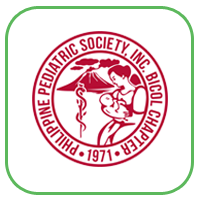 is one of the 17 regions of the Philippines. It is composed of four provinces in the Bicol Peninsula, the southeastern end of Luzon island, and two island-provinces adjacent to the peninsula. The region is composed of six provinces, namely, Albay (1st, 2nd , 3rd district), Camarines Norte, Camarines Sur, Catanduanes, Masbate, and Sorsogon.

Albay ( 1st,2nd,3rd district)
Legazpi City, the provincial capital & regional headquarter also boast of its landmark, Mt. Mayon, the jewel of the Pacific Ring. Its repeated eruption have repeatedly inflicted disaster on us. However, heritage, culture & disaster combined makes us resilient in every way with our inherent trait of “PAGKASARARO MASKI KAPOS.”(Unity in adversity.)

Camarines Norte
The northernmost province in Region V Bicol is Camarines Norte, with Daet as the capital. Known for its natives’ mining gold . Recently, Daet has become a destination for surfers with its white sandy beaches.
Camarines Sur
Northwest of Albay on the Bicol Peninsula is the Province of Camarines Sur,with Iriga and Naga City as highly populated. There are other thirty-five towns, of which Pili is the capital. It is said to be the seat of Religious activity, with INA, the Patron of Bicol, and the Peñafrancia Festival celebrated every 3rd week of September, makes Naga one of the sought after tourist destination.
Masbate
Masbate, the southernmost, lies quite near the center of the Philippine archipelago. Its largest island is Masbate, on which is located the town of Masbate, capital of the province. The islands of Ticao and Burias are large enough to support towns of their own.

Catanduanes
An island province located in the Bicol Region. It is the 12th-largest Island in the Philippines. Its capital is Virac and the province lies to the east of Camarines Sur across Maqueda Channel. Lying along the typhoon belt, the island is unsheltered from the ornery waters of the Pacific Ocean, hence known as the “Land of the howling winds.”

Sorsogon
The Province of Sorsogon occupies the end of the Bicol Peninsula. The province is divided into sixteen towns, of which the capital is also named Sorsogon. The chief tourist attraction is Bulusan Lake, in the crater of a volcano is a national park.

In the 60’s, it was then PPS National President Dr. Carmelita Del Monte-Cuyugan who encouraged Dra. Naida Guballa to form the PPS Bicol Chapter. Being new in the province, Dra. Guballa sought the help of Dra. Bienvenida Cambarre, a native of Tabaco, Albay, to organize with her the local chapter. Since there were not much doctors with formal pediatrics training, the idea did not come into fruition.

It was not until in 1970, during the PPS National Annual Convention, that the National Officers again encouraged the formation of the chapter. With at least 20 members whose practice was 50% pediatrics, the PPS-Bicol Chapter was formed, with Dra. Cambarre as President and Dra. Guballa as Vice President.

In 1971, the Chapter was fully recognized by the PPS with Dra. Guballa sworn in as President by Dr. Alikpala, then PPS National President. The 70’s saw the influx of doctors from Manila with formal training in Pediatrics. Among their activities were free clinics, lectures and projects to address the malnourished children of Bicol (Nutri-Ataman).

In the 80’s, the Bicol Medical Center Department of Pediatrics was accredited for their Residency Program.

Now, on its 49th year of existence, the PPS-Bicol Chapter has 101 members, with 91 active members, the 10 being out of the country or not in practice for health reasons.

Of the 91 members who are active, 35 are from Albay, 38 from Camarines Sur, 5 from Camarines Note, 9 from Sorsogon, 2 from Catanduanes and 2 from Masbate.

At present, 3 member diplomates are undergoing subspecialty fellowship in Manila.