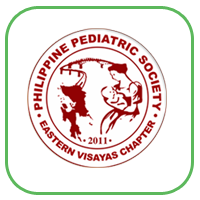 It was only in 2011, during the incumbency of PPS President Dr. Genesis C. Rivera and on the third referendum spearheaded by Dr. Winston Quebec that PPS members in Region VIII declared that they were strongly in favor of creating the PPS Eastern Visayas Chapter (first referendum – Year 2000 with Dr. Zenaida L. Antonio; second referendum – Year 2004 during the national presidency of Dr. Joel S. Elises).

The first general assembly was attended by thirty-one of the fifty-three members: twenty-one fellows and thirty-two diplomates; and the founding PPS EV Officers and Board were elected with Dr. Winston Felix J. Quebec as President, Dr. Nelita P. Salinas as Vice-President, Dr. La Rhaine G. Viernes as Secretary, Dr. Sarah C. Baquilod as Treasurer, and Dr. Edna B. Ayaso, Dr. Elizabeth T. Gorgonia, and Dr. Aurelia P. Merin as Board Members. The Turnover Ceremonies from PPS CCEV to PPS EV were in March 2011 with Dr. Cheryl Bullo, the President of then PPS CCEV ably supported by Dr. Vivina Chu, our Visayas Regional Representative to the PPS National Board. The first Induction Ceremony was in June 2011 with the theme PPS  EVA New Beginning. Dr. Genesis Rivera was the inducting officer. The PPS- EV logo was designed and the Chapters website was established.

Year 2012 was a busy one capped with a fun-filled Wakawaka Christmas celebration held on December 13, 2012. The three Level 1 HAB accredited hospitals (DWH,EVRMC, Bethany Hospital) had integrated interhospital training activities  quarterly case report presentations, case management conferences, clinicopathologic conferences and a bi-annual pediatric residents in-service examination. We also had our first chapter-initiated post graduate course: Clinical Practice Guidelines in Pediatrics: Learning from the Experts held last July 5, 2012 at the Oriental Hotel, Palo, Leyte. Marlon Encina, an orphaned 18-year-old from Burauen, Leyte got the PPS EV Boards nod as the final nominee to the PPS Scholarship Program. He was chosen to be the PPS scholar for the Visayas.

We had our first PPS EV Summit Meeting to plan for the year-long Chapter activities and an echo seminar workshop of PPS HAB Committee on Education Training the Trainors Workshop last May 8, 2013. Despite super typhoon Yolanda, the chapter had 2 residents in-service exam, a review for the amnesty exam eligible consultants, 2 interhospital case conference, 2 CPCs and 28 scientific activities  4 workshop, 1 teleconference, 4 conventions/post graduate courses, 2 PPS-EV Outreach Module on diarrhea and 17 scientific activities. On November 8, 2013, the day super Yolanda hit Eastern Visayas, we were supposed to have our ocular inspection and MOA signing for the chosen community, a consortium of the 3 HAB accredited hospitals. The Chapter greatly appreciated all PPS members for the prayers and concern, especially the PPS National Board and PPS Davao Southern Mindanao and North Central Mindanao Chapters for the financial assistance in the midst of the devastation wrought by the strongest typhoon ever recorded in world history.

Our fourth annual general membership assembly on March 22, 2014 was preceded by a scientific activity on How to Handle Child Trauma by Dr Marian Portia V. Luspo, a psychiatrist. Except for Dr. Rosario Latorre our treasurer who resigned and was replaced by Dr. Jonally R. Piedad, the rest of the officers were re-elected to the same office. The Induction of PPS EV officers 2014-2015 and the 25 new members of the chapter with the theme, PPS EV at 4: Overcoming Challenges was done at Hotel Lorenza on July 19, 2014 preceded by a Back to Back Lecture on Basic Pediatric ECG by our own pediatric cardiologist, Dr. Jonally F. Redona and Sactification in the Workplace by Rev. Fr. Virgilio C. Manaog. The 2014-2015 officers inducted were: President -Dr. Edna B. Ayaso, Vice President-Dr. La Rhaine G.Viernes, Secretary  Dr. Sarah C. Baquilod, Treasurer- Dr. Jonally R. Piedad and Board of Directors-Dr. Aurelia P. Merin,,Dr. Ma. Lourdes C. Agosto and Dr. Gerlia C. Narciso. Appointed as Assistant Secretaries were Dr. Donna Bella S. Monterde and Dr. Grace T. Uy and Assistant Treasurer, Dr. Agueda Fe B. Barredo. Inducting officer was newly elected PPS National President Dr. Milagros S. Bautista and the witnesses were Visayas Regional Representative to PPS, Inc., Dr. Rhodora D. Diaz.

We had our 2nd Chapter Initiated Biennial Meeting with the theme Stepping up: Focus on Subspecialties last October 2, 2014.

A Lecture Workshop on Research Methodology and Designs by Dr. Felizardo N. Gatcheco was conducted last November 21, 2014 attended by consultants, residents, and graduates of residency training who could not take the PPS specialty board exam because of research problems. The first Chapter-initiated Research Competition for the residents was done last February 12, 2014.

For the second time in a row we were not able to hold our Christmas party since Eastern Visayas was badly hit again by two strong typhoons, Ruby and Seniang. Instead we had our Thanksgiving,Team building and Pre-Valentines day Fellowship Night last February 12, 2014 with the theme Staying Alive.

Eastern Visayas was blessed not only with the apostolic visit of Pope Francis, but also with many survivors of Typhoon Yolanda. On our 4th year moving to our 5th year as a Chapter, the 79 members of PPS-EV, as one solid team, will remember and live Pope Francis messages  To learn to receive and be loved, to dream and continue working on them, to give ourselves humbly for the poor, the oppressed and the needy, and it is so contagious.. we need to spread love and allow love to reign. Think well, feel well, do well.