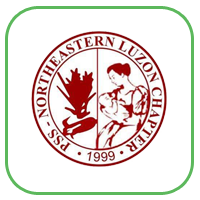 The Philippine Pediatric Society, Inc. (PPS), established in 1947, is a nationwide organization of formally trained accredited pediatricians with the mission of organizing to champion child advocacy, continuing medical education (CME) for its members, overseeing the formal training in pediatrics of doctors, and encouraging the advancement of the specialty through research.
When the national Philippine Pediatric Society, Inc. formed chapters based on geography, the Luzon area was divided into Northern, Central, Southern Luzon chapters and the National Capital Region (NCR). The Northern Luzon Chapter included Pangasinan, the Ilocos region provinces, the Cordillera provinces, and the Cagayan Valley provinces. The area was actually divided by the Cordillera and Caraballo mountain ranges, and the travel to and fro was long, tortuous, sometimes punishing up and down mountains. Communication was not at its best then. Membership distribution was skewed, making real chapter-wide affairs difficult.

This problem became more pronounced when the very first Norther Luzon Chapter president form Cagayan Valley was elected in 1996, Dr. Nelly S. Simon from Ilagan, Isabela. Because there were more members on the other side of the mountains, activities were centered in the Baguio-Ilocos area, and the hardship and impracticality of long travel became more glaring. Thus, the idea of having a chapter for this side of Luzon started to brew and conditions and circumstances jelled together. Inquiries for requirements were made during her term and by its end in 1998, she started to tirelessly organize Cagayan Valley members, encouraged candidates for diplomates to take their examinations, and took the initiative to draft the chapter constitution and by-laws with the help of Dr Eduardo T. Taguba.

With 21 charter members and a newly ratified constitution and by-law, the chapter, now composed of the Cagayan Valley provinces of Cagayan, Isabela, Nueva Vizcaya (NV), Quirino, proximal areas of Ifugao and Kalinga-Apayao was chartered in 1999 by then PPS President Zenaida L. Antonio with then Northern Luzon President Susie R. Castano representing our mother club. Dr. Stephen C. Callang of Santiago City was inducted as the Charter President and Dr. Nelly S. Simon was established as our Founder. The machinery in starting to have chapter activities was ignited. PPS-initiated subspecialty modules and workshops and community service activities were conducted during his time. Beefing up the membership by encouraging board- eligible to take their examinations was topmost priority. The region had only one PPS- Accredited residency training program (IB) during the time which was at Cagayan valley medical center (CVMC) in Tuguegarao City.

During 2003-2005, Dr. Marilyn C. Padre of Solano, Nueva Vizcaya took the helm. Community activities such as adopt-an-orphanage with hepatitis b vaccinations in selected communities were accomplished. From 2005-2007, Dr. Stella Y. delos Santos of Tuguegarao City led the chapter. The CVMC training accreditation was upgraded to IIB. The medical home initiatives satellite health center was implemented in Tuguegarao. Most notable during her term was the initiation of conducting post-graduate subspecialty lecture seminars meant for our local doctors and health workers. Our members served as lectures during the series which were held in Cagayan, Isabela and Nueva Vizcaya. In 2007-2008, Dr. Bonaleth M. de Vera from Isabela took over. She opted to have a one year tenure which effectively synchronized the chapter leadership with that of the national leadership term. Her time was marked by child advocacy projects linked with government and NGOs. Noteworthy are: a nutrition program with the Santiago City local government, a health assessment and clinics memorandum of agreement with the Gawad Kalinga (GK) selected communities, a special education (SPED) program with the De Vara Medical Center, and radio exposures in Santiago City (Itanong Mo Kay Doc) and Bayombong, Nueva Vizcaya (Buhay Kalusugan) and free clinics.

The 2008-2010 was the tenure of Dr. Maria Isabel N. Venturina from Bayombong , Nueva Vizcaya. She started the publication of The Nelly, the simple official quarterly newsletter of the chapter. The Nelly is a tribute to our founder. In 2008, a 3-province (Cagayan, Isabela, Vizcaya) swing series of pediatric multisubspecialty conference with our subspecialist members as speakers was organized and Conducted for doctors and paramedics. NRP courses were performed on Tuguegarao City and Vizcaya. Weekly talks by members to discuss pediatric issues and illnesses in the Buhay Kalusugan then Tandem radio show over DWRV (radio Veritas) were aired live in Bayombong, N.V. which effectively reached the masses and Back to Basics lectures for parents were done.

CVMC our 1st accredited HA0V hospital posted a 100% passing rate of its first pediatric residency training program graduates in the 2010 Diplomate examinations, effectively raising our membership to more than sixty.

For 2010-2012, Dr. Minerva B. Mallillin of Tugueagarao City was elected as President. Some great accomplishments were achieved having won the most outstanding chapter for CME. We adopted a scholar in the person of Ms. Jamaica Butacan now a third year Medical student in St. Paul College, Tuguegarao. Dr. Donald L. Cadelinia, 2012-2014 took over and started Kariton para sa Batang NEL that targets school age children in the remote schools of Cagayan Valley and the Cordillera. Activities included in the program are wellness programs on nutrition and anemia, disaster preparedness lectures, environmental friendly activities such as tree planting and proper waste disposal, material health teachings on immunization, breastfeeding and newborn care.

Dr. Rachel Rebecca B. Bunuan, 2014-2016 president continued the Kariton sa batang NEL and continued several CME activities. The Padyak sa Pamilyang Pinoy was a family oriented advocacy of NEL, that aims to have a holistic approach in educating identified families adopted by our HAB accredited training facilities The NEL adopted the community of Vista Alegre, Bayombong, Nueva Vizcaya, and Namabbalan Sur, Tuguegarao, Cagayan. The Veterans Regional Hospital was granted Level I training facility in pediatrics by the HAB committee.

In 2016 to 2018, Dr. Geraldine Anne S. Ramirez took over the presidency and spearheaded several medical missions in the region. Trainings on BLS, PALS, NRP, STABLE were done and conducted hands on work shop on Disaster Preparedness for grade 7 students in public schools in collaboration with Bureau of Fire Protection Region 2. Dr. Dennis Dio, 2018-2020 president, focused on membership empowerment increasing the 20K one time illness benefit and PPS NEL directory of members. Pearls in Pediatric Practice, the 4th Post graduate sym0posium was done in Cordon, Isabela on September 26, 2019 with more than 600 attendees from the region.

In July 27, 2020, Dr. Florita A. Villamor II, became president for 2020 to 2022 and was inducted virtually in the midst of Covid 19 pandemic . She resurrected the radio program of DWRV Radio Veritas to effectively reach the masses, and live streaming for those with internet access. Basic lectures were done every Tuesday and Thursday 9 to 930am, which streamlined the DOH activities and current issues. The Training on Basic of Organic Farming conceptualized by Vice president Dr. MarIssa P. Mallonga was started on August 28, 2020, then on Sept 11, 2020. It aims to help families to be self-sufficient thereby addressing malnutrition and poverty.

The Ayuda para sa Batang NEL will start on Sept 21, 2020 at Nueva Vizcaya Provincial hospital. This is a term- long child advocacy that aims to provide Batang NEL attain his holistic well-being.
And the colorful story of the PPS NEL continues to unfold