PPS TOBACCO CONTROL CHAMPIONS : The Future of Tobacco Control Is In Our Hands 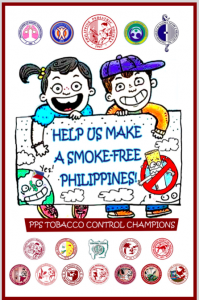 The PPS Tobacco Control Advocacy group is an answer to the invitation of the American Academy of Pediatrics of reactivating their ties with the Filipino pediatricians through the Philippine Pediatric  Society .

This group was formed barely a month prior to the annual convention with Dr. Rizalina H. Gonzalez, past president of the PPS -Southern Tagalog Chapter as the Chair of this advocacy group and co-chaired by Dr. Elsie B. Locson, Chair of the Department of Pediatrics of Fe del Mundo Medical Center. Both are new pediatric environmental health specialists .

A call to form a collaborative advocacy group was sent  to Philippine Ambulatory Pediatrics Association ( PAPA ) (the initiator of this tobacco control advocacy with AAP in 2007 ), Philippine Academy of Pediatric Pulmonologists ( PAPP) , Philippine Society of Adolescent Medicine Specialists ( PSAMS), Philippine Society of Allergy, Asthma and Immunology ( PSAAI) and all PPS Chapter Presidents to meet on April 1,2017 for a pre-convention workshop on Tobacco Control . Fifty pediatricians from the above groups came to listen and participate in this PPS Pre-Convention on Tobacco Control Advocacy whose main objective is to create programs towards a Smoke Free Philippines for the Filipino kids. 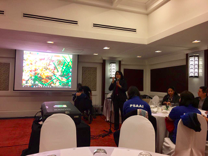 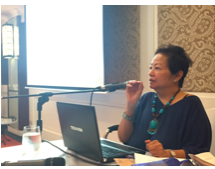 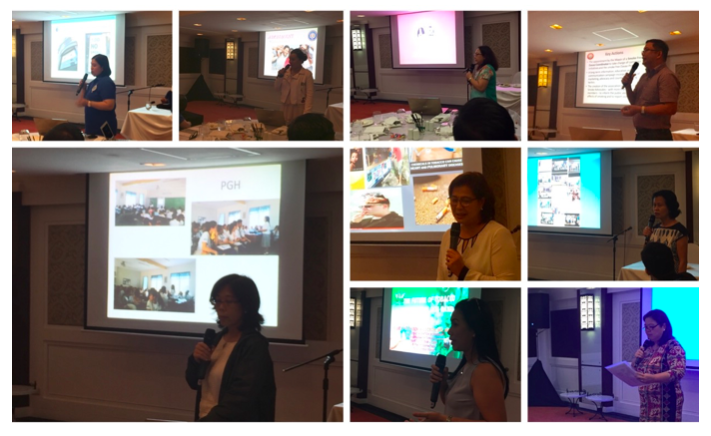 Dr. Riz Gonzalez gave the lecture on ” Smoking is a Pediatric Problem ” emphasizing on the critical points in a child’s life where tobacco smoke creates an impact to the future of the child’s health from preconception, early childhood, adolescent and young adults and the upcoming fad on  electronic nicotine devices , its dangers and ill effects among the adolescents.

Dr. Florianne Feliza Valdes, a staunch advocate of Tobacco Control of the PAPA gave her thoughts on “The Current Tobacco Situation in the Philippines : Its Impact to the Filipino Children” . She enlightened the group on the current statistics from the GYTS data  on Tobacco usage among Filipino Children and what has been done and current projects of PAPA and that of our own Department of Health .

” What have we done as Pediatricians in Tobacco Control?

PAPP through its Committee on Anti-Smoking led by Dr.Corry Avanceña reported on their projects and lay fora in the hospitals and communities . Dr. Liza Santos , PAPA President presented their successful  Tobacco Cessation Programs done by their group since 2007 . Dr. Arlene Sandejas, of PSAAI ‘s Committee on Environment and Pollution reported their ongoing projects and comics for the lay in relation to their Anti-Smoking Campaign. PSAMS Dr. Ester Iligan presented their insights on the upcoming trend of vaping among the adolescents. PPS Davao Dr.Dennis James Absin and PPS Western Visayas Dr.Lui Kanapi boasts on how their city has become a Smoke Free City DOH Red Orchid Awardee . Likewise other PPS Chapters and NCR group reported their different tobacco control related projects to the different communities . 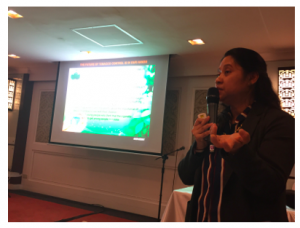 And to end the preconvention was Dr. Elsie Locson’s ” The future of Tobacco Control is in our hands” emphasizing on the importance of environmental health history using the ” green page” for every patient’s chart and the levels and examples of advocacy where we can have tobacco control projects involving the children. 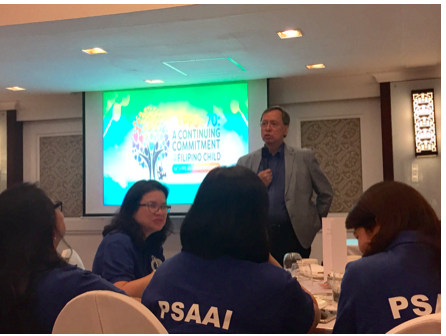 This June 1, 2017 , the American Academy of Pediatrics will conduct a half day workshop on Tobacco Child Health Champions : Addressing Tobacco and Second Hand Smoke in Children” for this group.  This will be followed in the afternoon  by a stakeholders meeting for this renewed commitment on Tobacco Control for Children . PPS , PAPA, PAPP, PSAMS, PSAAI, WHO, DOH , PMA and Department of Educationkey persons shall convene on what can we do for the benefit of the Filipino Children within a time plan .

As a jumpstart activity of our PPS Tobacco Control Champions is the  Nationwide Awareness Campaign on “The Dangers of Tobacco , Second Hand Smoke and Electronic Nicotine Devices in Children ” on July 19 ,2017 thru selected SM Malls all over the country in cooperation with the Department of Education . Lay fora, Mini-Quiz bee and Slogan Making Contest for the Grade 7-9 students of both public and private schools shall be held that afternoon .

This environmental threat and burden of Tobacco and Second hand smoke has long been there and its about time PPS lead this worthy undertaking ALL FOR THE FILIPINO CHILD .